Brasier Freeth has acted for Bentley Designs for approximately 17 years with an earlier association through one of our Principal’s going back to the early 90’s. After a long period based in North West London, Bentley Designs was looking at different options for office and warehouse locations with the guidance of Brasier Freeth.

Originally the company, which imports high quality furniture from the Far East, was based in a small unit on the Metropolitan Estate, Greenford but over a number of years in line with substantial sales growth they needed additional accommodation. Through Brasier Freeth Bentley acquired an additional 30,000 sq. ft. of accommodation elsewhere on the estate before launching a search for a consolidated headquarters in 2005/2006. Brasier Freeth identified a number of options, the most attractive of which was to take a pre-let of approximately 60, 000 sq. ft. at Auriol Drive, Greenford which included a purpose built showroom and offices plus modern dock level access and the ability to accommodate high level racking by virtue of 10m eaves.

This warehouse served the purpose very well for a 10 year period but in early 2014, nearly 3 years prior to the date of the lease termination, Bentley Designs approached Brasier Freeth with a view to examining and considering their options after the end of 2017.

Various scenarios were considered including splitting functions into a head office and distribution hub and locations as far north as Cannock were evaluated with the location eventually narrowed down to the Banbury/Bicester area.

Two developments were shortlisted in the expanding town of Bicester and terms ultimately agreed with db symmetry for a new warehouse of 88,000 sq. ft. in early 2016.

Following agreement of terms and specification, planning consent was nervously awaited. This was granted in late 2016 with construction starting on site almost immediately in early 2017.

The warehouse was completed at the beginning of December 2017 with Bentley Designs now occupying the premises.

Return to Our Case Studies 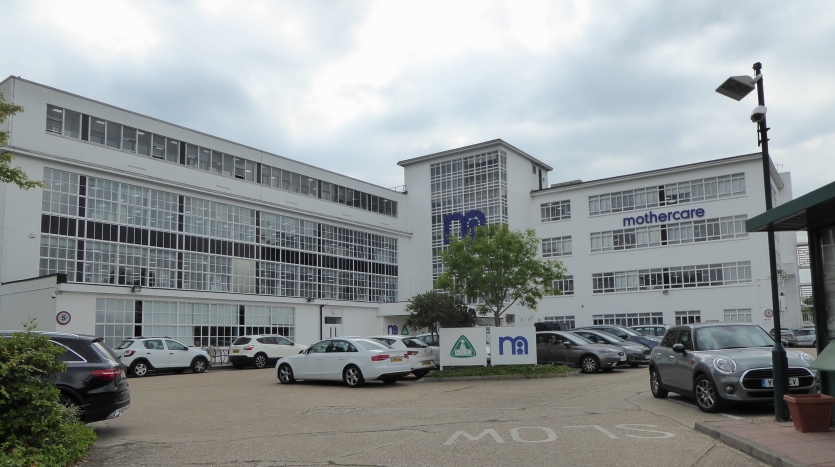